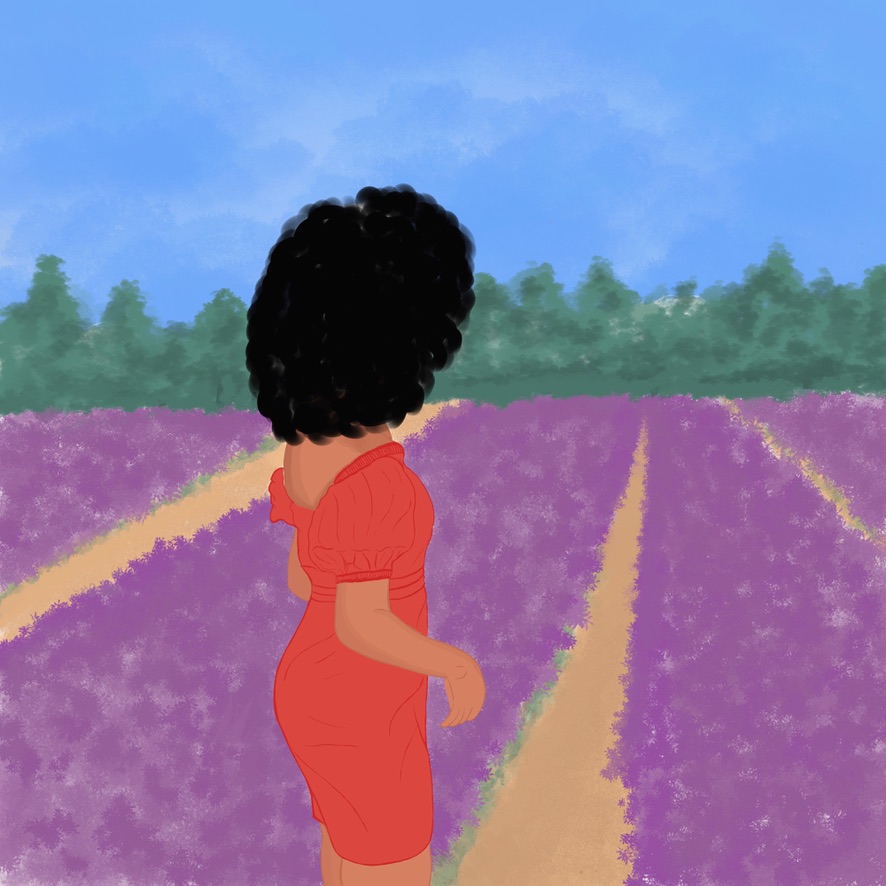 I started my MSc year applying for a study leave from my job and accepting a new role I would function in part-time till I concluded my degree, but part-time quickly turned full-time and I found myself juggling a full-time masters program with a full-time job.

Here are the things that naturally happened.

I started sleeping 3 – 4 hours at night because, between essays and project plans for work, this was the only number of hours feasible for sleeping. Also on the subject of sleep, I mastered the art of power napping – it became essential for survival.

The art of cutting myself some slack. I am hard on myself, I think we all are, and I desire to always operate at a 100%. It has been a learning curve coming to terms with the fact that my output will not always be at a 100% and embracing that as a growth opportunity instead of beating myself down.

Rest, a very foreign concept to me. I usually push myself till the death, rise and just keep going, but in the last couple of months allowing myself off-days saved me from burning out. Off-days when I just read a good book, binge watch series and not beat myself up because of the work that I could be doing because, in the words of my famous friend, ‘’work no dey finish’’ so you might as well give yourself a day off every now and again.

Say it with me, ‘your calendar is your friend.’ I learnt to schedule everything, from calls with friends to my classes and work meetings. It helped me stay on top of things an important plus is that I can colour-code all my different activities.

We all need a support system and I think I took mine for granted. I lived at home with my family and that meant, after a day at work, my sister was there to offload on, my mum would have dinner waiting on a few nights and my dad would take playful jabs at me. Overall it was expected. I have come to appreciate them more and I miss them from time to time.

Still, on support systems, I have the best friends in the world. I have earned this degree with all of them; they have listened to my rants about deadlines and feeling inadequate and have supported me at every point, I think the overarching lesson is: you can’t go through life alone.

I am grateful to have achieved one of my dreams: completing a masters degree. I am excited for what comes next. 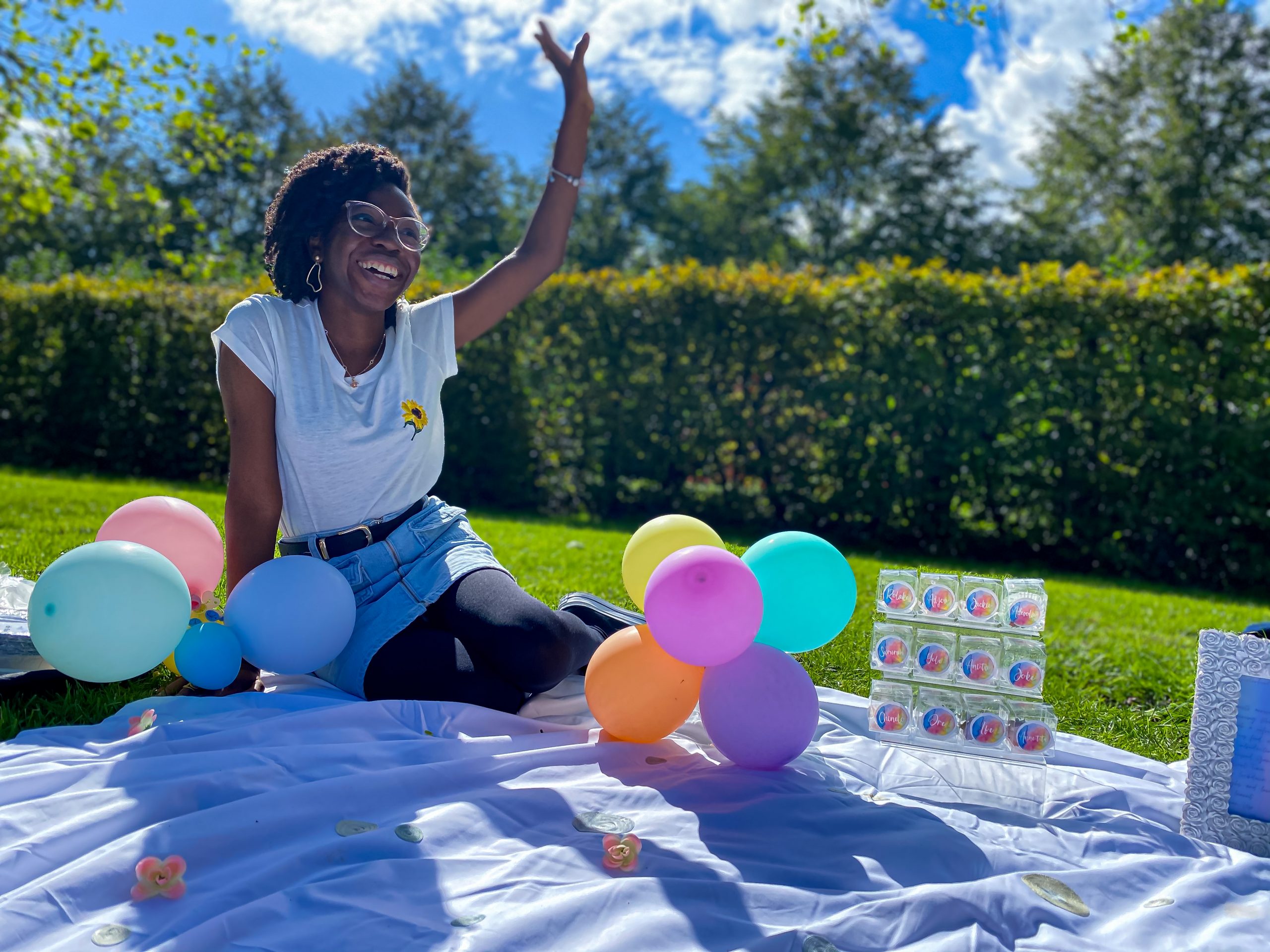 One of these stand-out days for me is the 4th of September 2017. It was my first day of work at Softcom. I was nervous and unsure of what to expect, natural feelings that come with starting a new role, outside of the typical first-day orientation and introductions to everyone. It was chaotic on my first day. Our office consisted of two separate flats located at the very top of a three-story building, hence there was a lot of movement between the flats. It was an open office setup with medium-sized tables and chairs around each table.

The first thing that stood out to me was that a few chairs had names on them and there were a lot of conversations about chairs: who owned which chair and where to sit. An impromptu trip for about 12 people came up and it was all hands on deck to buy tickets and ensure everyone that had to be was on a flight to Port Harcourt the next day.  I spent most of the day helplessly waiting for my work tool (a computer) to arrive. It eventually did past 5 pm and at the end of the day, I wondered what I had gotten myself into.

My mum picked me up on my first day of work. It is just something she always does when I start a new role. She asked, ”Ore, so how was it?” ”It was okay,” I replied. ”Just okay?” she queried and I just looked out the window nodding because I wasn’t sure how the day had gone and where this move I had just made was headed.

I didn’t dwell on my conflicting feelings for very long because my job at Softcom, to me, was a stopgap. I always wanted to be an academic – write papers, prove theories and generally be an important opinion-giver in my chosen field. I had it all figured out: work at Softcom till July 2018 then go back to school. I had accepted an offer to a  2-year masters program in Australia. I told myself that was my focus and I should not let a “stop-gap” distract me.

But Softcom had other plans. First with the people. The people I met were genuinely interested in your wellbeing, they cared if one person was absent for work and took it upon themselves to find out why. When we celebrated birthdays, it felt like we were a large family filled with members that had no physical or biological connection except the desire to be present and be of help in each other’s lives. People were happy to be assigned tasks, they carried it out diligently, with little to no grumbling, eager to collaborate to get an activity to the finish line. I learnt quickly that people at Softcom genuinely enjoyed their work.

I believe because Softcom makes you feel a part of something bigger than yourself, part of a group of people challenging the status quo to bring about change in a country that causes you daily to lose hope, you are able to release your capacity to deliver; to be the hope people are looking for. This created a group of people ready to create, in those two little flats, a version of the world they hoped to live in.

With lofty dreams and ambitions comes a stretching beyond your capacity. I have taken on different projects, completed reports I didn’t believe I was capable of delivering on. I still don’t believe in a good number of my accomplishments over the last three years. My first week of work my manager was away and I had to represent him at a meeting with one of our largest clients. I had to read up en route the meeting and ask my colleagues a lot of questions over the phone. That experience was surreal. I look back on that day not sure if it happened, not sure what I said at the meeting but I am alive and still employed so I believe it went well.

Stretching isn’t always welcomed because it is painful but it brings about growth in your character and it improves you.

Softcom isn’t the same company it was on my first day at work, it has grown. It has developed with its fair share of challenges along the way but I wouldn’t trade the lessons I have learnt along the way, the friendships I have built and the lasting impact that working at Softcom has had on my life for anything.

Ore still wants to become an academic. She is still in love with papers and research so right in this moment it will not be appropriate to write ”here’s to another three years” but the wanderlust explorer that she is is grateful her sojourn made her cross paths with Softcom.

Knowing what I know now, I look back on the memory of my first day differently. I see a group of people that wouldn’t give up until a task was delivered on. I see faces of people happy to be at work, laughing and taking shots at each other, and carrying on till change happens. 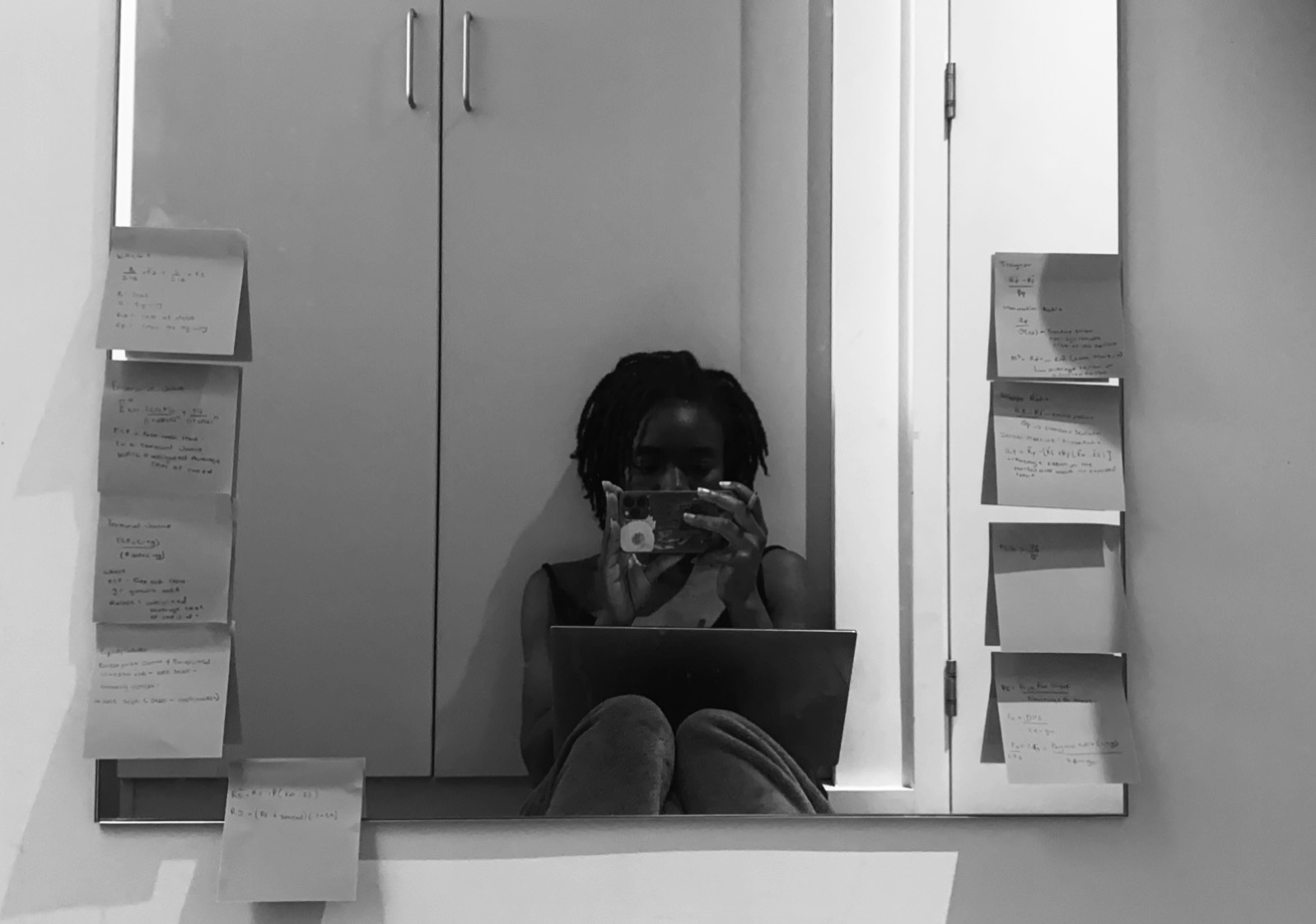 How do you know to quit?

I’ve never learnt how or when to stop, I just keep going. ‘Where am I going?’ you may ask. I will attempt to explain.

I start the day looking over my To-Do list from the previous day and filling the new day’s list with items that didn’t get checked off. With each meeting, with each conversation, the list grows and it is never done by the end of each day.

I have tried multiple techniques with the list; I space the items out to reflect close-out urgency and priority, I unbundle the items so one item on the list doesn’t in reality represent 20 things, but things always overlap and it feels like a never-ending cycle.

I keep following the cycle, I keep going everyday till I lose the battle with my eyelids and they shut on their own.

What eventually happens is my body starts to shutdown by itself because it wasn’t built to work in this manner. It goes into hibernation, demands rest and does not take ‘no’ for an answer.

I ask myself why I always have to get to this point before I listen to my body’s needs. I ask if I have the right approach to work and why I am willing to kill my body over my to-do list.

I don’t have any answers. All I know is my eyelids are heavy again and are about to win our constant battle. 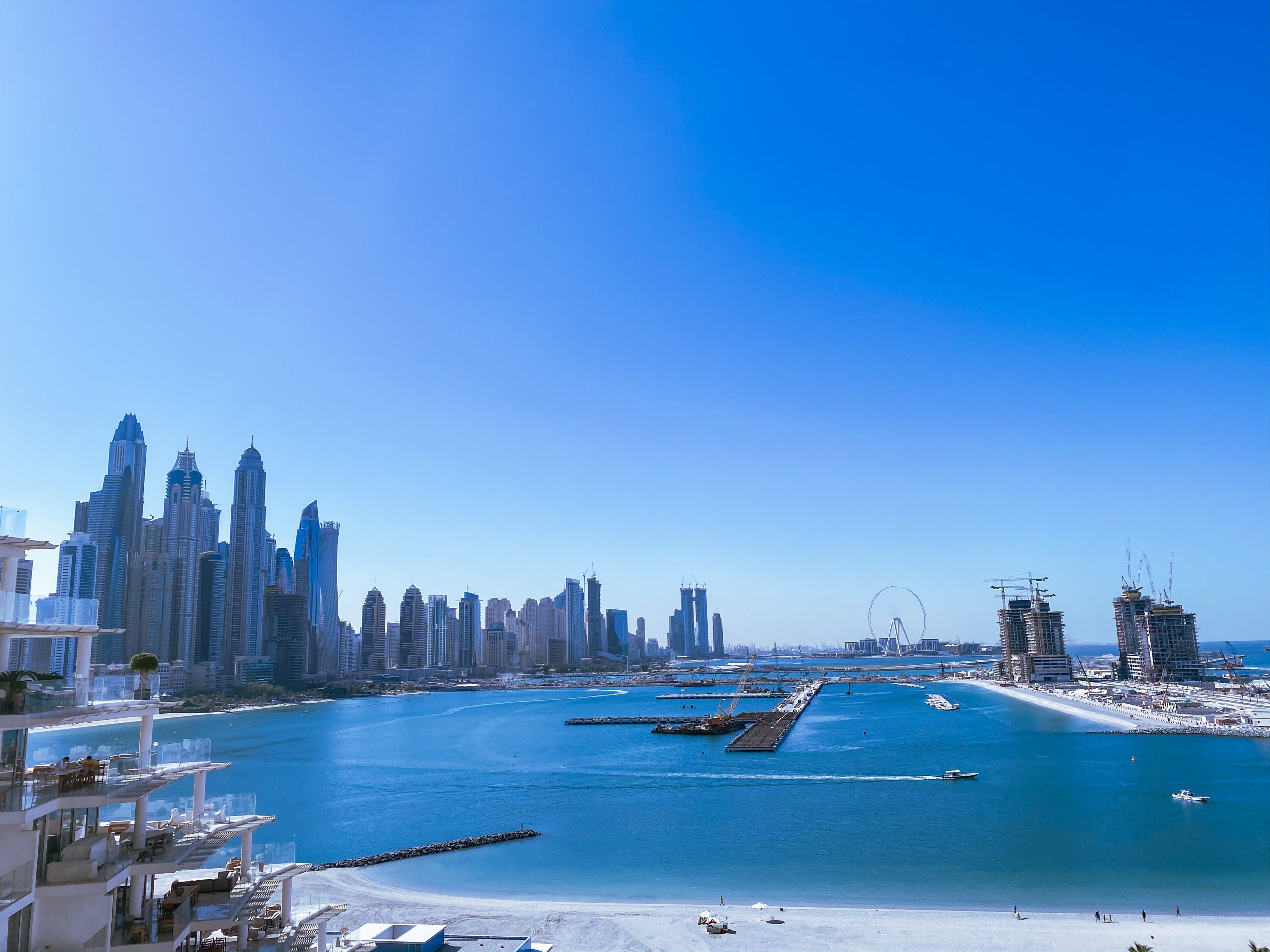 I have consumed a lot of material about what people want to achieve in the new year and how they intend to achieve these things. I know I should just type ‘new year resolutions’ but I have always hated the phrase, the pressure that comes with it and the January blues that many of these ‘resolutions’ don’t make it past.

I had the most insightful conversation with my friends this afternoon, one of them shared about reading a woman’s post on goal setting after a personal retreat with God in which she proposed treating our goals as commitments. This expounded in my heart, I had finally found the right definition and explanation for ‘new year resolutions’.

I love that at the start of November my mind goes to reflection. I start putting together things I achieved in the year, the things I didn’t and understanding the excuses that I gave myself for not achieving them. This activity transcends into December.

What follows in December is I buy a journal for the new year, to write about the things that I will be taking with me into the new year, the things I set out to achieve that I might not complete or even do at all and new things. What I love about the end of the year is the opportunity to reflect, to take a look at what is working and what needs to be cut out.

In my reflective state, I wrote a document highlighting the following areas that most of our lives revolve around;

What I have learnt about this process was summed up in one word this afternoon: ‘commitment’. My list of things to achieve, or goals (whatever you may choose to call it), is a commitment to do better, to take important steps that will lead me down the path of the future I have envisioned for myself, to build a future for myself.

I wrote my final ‘commitment list’ on January 1st and talked over the list with my Accountability Partner with my sister tribe. This is the first time I am deliberately building accountability into this process and having people who will pull me up when I am down, call me out when I am slacking and get me going.

A Commitment List is something I understand and can get behind. It is also something I look forward to working with and through this year.

In the spirit of accountability, I will share the three things I am committing to it when it come to The Over Thinker Community.

Do share what you are committing to in 2020 in the comments and again, I wish you a  Happy New Year!!!