Music can be a beautiful and sweet escape from reality or sometimes the cruel revealer of our ugliest realities. The words, the rhymes, the melodies, the highs and lows; music is almost an exact replication of life.
Now that I’m done been deep (smh), let’s get down to business. Here are some songs that mean something to me – five of them.
Oritsefemi – Double Wahala
I know it’s not the deep song you were expecting but stay with me, there’s a story to this. So it was a while ago and I was out with a girl – a love interest, and we were having a good time. There was this TV playing in the background but I don’t think we were giving it much attention.
Then Double Wahala comes on. I didn’t know a lot of Nigerian songs back then but I’d heard this one before and I liked it. So I told her I liked the song but didn’t even know who sang it. Thank God she knew and she told me it was Oritsefemi. The name is a little confusing so I didn’t quite it. What’s the best way to teach someone how to pronounce a name? I don’t know what your answer is but she just picked a pen, took my hand and wrote the name on it. Okay, I don’t know if you went ‘awww’ just now but every time I remember that scene my brain goes ‘awww’. And I always remember that scene whenever I hear Double Wahala. So now, Double Wahala isn’t just a Nigerian jam to me, it is a love jam. It’s okay to shake your head, I am too.
Trip Lee – To Live is Christ
I grew up with very conservative Christians. Let me explain. I grew up on hymns and ‘clap-clap’ choruses. Christian music was always a classical piece sung standing still. Unfortunately as I grew up I developed a liking for all sorts of genres, most of them unavailable in the Christian world. Imagine my shock when one day I stumbled on “To live is Christ”. It is a very well done rap song based on the book of Philippians. I was amazed. I fell in love with the song. It was my introduction to Reach Records and Christian Hip Hop. Today I know more than a dozen Christian rappers and my music library is filled with Christian music in several genres. Such joy.
PSY – Gagnam style
I don’t care how spiritual you are, you have to know this song. I was serving (NYSC) when this song became popular. I remember how I’ll be playing FIFA with my friend Dave (shout out to my guy from back in the day) and Gagnam style will come on MTV Base and Dave will just jump up, switch the TV to DSTV and we will rock to the song. ‘Rock’ usually meant trying and miserably failing to do the dance. The song was mighty. It had more than a billion views on YouTube, a very big deal. Here’s what this song did for me. Most of the world had no idea what PSY was saying but we loved it all the same. The dude wasn’t American or some popular, sexy pop star. He was just a guy. Gagnam style was the proof that anything could be done by anyone. All our perceived limitations are just that – perceived. I shake the world from anywhere; even Nigeria.
Mustafa Ceceli – Husran
How did I find this song? I was YouTubing, looking for French love songs. I’d found some but you know how you start looking for something and you just waste all your data checking out random things. Husran was one of the songs just below the song I was checking. Like most music buffs would, I decided to just check this song out and was I glad I did. I absolutely loved the song and promptly downloaded it. After listening to it a few times I then googled the song. Found out it was Turkish and since I didn’t speak Turkish – not yet – I had no clue what the song meant. This song just proved something to me, music is a universal language. And sometimes, there’s more to music than the words. Now, I have some Spanish songs, Portuguese and even some languages so funny I don’t even know what they are.
Dunno – Dunno.
I’m sorry I don’t know the title of this one or who sang it. Maybe you know, here are the lyrics.
“What no man can do, God has done it all for me, that is why I testify, I serve a very big God o. He made a way where there’s no way, opened doors no man can shut, that is why I testify I serve a very big God o.”
This song is the story of my life. I think that pretty much explains all you need to know about why it’s on this list.
Uncategorized, 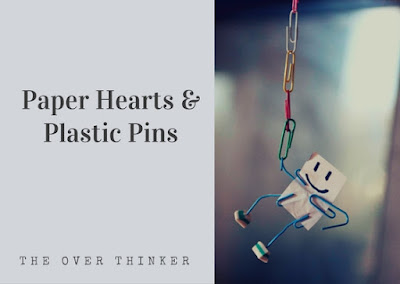 The Joy of the Pursuit by Joshua Olanrewaju
The first time I saw her I didn’t notice anything special; this was definitely not love at first sight. You see, I don’t believe in love at first sight mostly because I don’t believe in magic. Now, when I think back I wonder why it wasn’t love at first sight. It wasn’t even ‘notice at first sight’, I almost missed her. A few ‘sights’ later and I began to notice. Something in my heart began to unravel and I decided, she was someone who was worth knowing.
And so the pursuit began.
The first conversation was important, it was make or break. Well, nothing was broken so it’s safe to say something was made. It was great, it felt like I was talking to an old friend. I was funny, she laughed. She was smart, I listened. She ‘tit-ed’ and I ‘tat-ed’, she ‘ying-ed’ and I ‘yang-ed’, it was a brilliant exchange. People in faraway galaxies raised their glasses that night, in honour of our conversation.
And the pursuit continued.
True friendship is a gift, a rare gift. You don’t earn a gift and she didn’t make me work to earn her friendship. It was different from the first day. She was open and honest, sweet and charming. I loved the friendship and poured all I had into it. Soon the god Philotes of friendship was calling Cupid, an arrow needed to be shot. Cupid shot. He missed. Looked like I was lost forever in the emotive zone called friendship.
Still the pursuit continued.
‘The true evidence of desire is pursuit’, someone once said. Desire was aroused, once it was lit, it could not be doused. The friend-zone is great, it wasn’t my first time living here but not this time. This one was different. I crawled, I fought, I strategized, I prayed. I defied pity, disdain and the unfortunate occurrences of being thought stupid, I did not belong here.
Does the pursuit ever end?
I won, I overcame, I conquered. The victory was not as I expected – I did not get out of the friend-zone. I did not need to because she came to me right where I was. She came and with her, an arrow. Cupid shot, he did not miss, the arrow only took longer to hit. It did not matter where we were as long as I could open my eyes and I could see hers.
The pursuit is all there is.
This was not the end of my pursuit; this wasn’t a journey with an end. This was my life; my every waking moment would be spent in pursuit of her.
This is the joy of it all; I’m not the only one in pursuit.