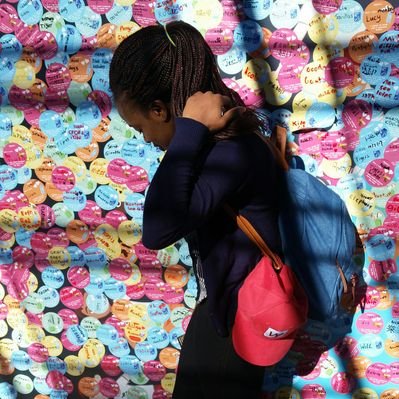 Letters To July I 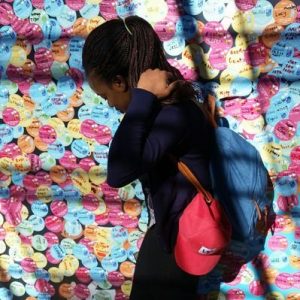 Dear Kike,
Why don’t we have any cute photos together? I realized this when I finally sat down to write this letter, we have one that we took at my graduation but I don’t think it counts. When next we see we will have to rectify this.
Kiks, I am writing because I miss you, I miss having you in the same time zone – now I have to look up the time whenever I want to text or call and it is stressful. I miss painting our nails to match our moods, black nails for weeks we were unhappy, red nails for weeks we were excited and all the colours in between, my brain can’t remember what each colour stood for.
Every now and again, I am transported to that summer we spent together. It was the summer you graduated from University and your mum’s latest shop attendant was discovered to be stealing so she was fired. You became the shop attendant and I became your assistant. We sat in the shop and talked about your budding relationship with “B” and how my relationship with ‘’Do Not Call’’ was doomed, you never failed to rub it in that you were right.
My grandpa died that summer. The day he died we went to see ‘The Avengers’, it was the movie to see that summer. I got home late and my mum was furious, she kept saying “your grandpa is dead and you are out seeing a movie”, she said this like a broken record. I was sure my mum was losing it that night. We spoke to my grandpa that week and we planned to visit soon. I wasn’t ready to deal with my mum so I apologised reassured her that he was alive and went to bed, but I couldn’t sleep that night, I could hear my mum sobbing from her room, I was at a loss on how to comfort her.
My uncle showed up the next morning with red swollen eyes to break the news to us, I cried and couldn’t stop for hours. I couldn’t bring myself to make anything to eat, so I walked to your house which was a street away from mine and you fed me rice and fish and let me cry. You didn’t say any of those annoying things people say to comfort you when a person dies.
I told you how creepy it was that my Grandpa died around 7:00 pm and that was about the same time we got home from the movie to my furious mother. You know in the Yoruba culture you don’t tell a woman her father is dead if a man is not at home and my dad was away that weekend so the burden of telling my mum fell on my uncle’s shoulder. I asked you if I will feel it too when my parents died, if I will know the exact moment and have the luxury to mourn in private like my mum did. You didn’t have answers to my questions, you just sat there and let me mourn, you suggested that we should paint our nails black. So walked to the salon not too far from your house and we did that, you walked me home after we got our nails done, told me I will be just fine and you were right as always.
The summer was different after that. My mum didn’t want to leave my grandma by herself so we drove up to Ilorin every weekend. I wasn’t excited about leaving the house for the shop anymore, but you never failed to check up on me.  When “Do Not Call” broke up with me that summer because I was too moody, you told me it was his loss while we had yogurt drinks at your mum’s shop.
I am sure you remember all these events, but I am not sure I ever thanked you for that summer, I am not sure I ever told you how much all you did was important to me. You kept me from drowning and I am always grateful.
There are so many life updates I have for you but, I will keep them for another letter or maybe share them with you in person. I am counting down till the next time we are in the same time zone so we can finally take cute photos.
Love Always,
Oreoluwa.
P.S. You should need to read ‘’Stay With Me by Ayobami Adebayo’’.
Uncategorized,

First off, since Ore practically threatened me into doing this, I’ll break all the rules and do it my own way. I can’t particularly think of songs that changed my life, I’d love to think of them as songs that take me to “a different place” whenever I listen to them.

As I start to write, I can only make out three  in head and I doubt that my stories would be juicy (sorry Ore, but you asked for this).

You are probably wondering what decade I was born in, not to worry, it isn’t that far off, and yes it’s all three songs put together as one.

So here’s the story – I danced to these songs in my early days between primary 3 and 6. The good kind of dance oh! real cheerleader pompoms, amazing costumes, large crowds (unilag stadium to be precise), face it my primary school was lit!!! I wasn’t much of a dancer, but back then if you could put your right arm up and arrived in the same spot after a twirl like everyone else, you got with the program.

But talent always stands out, and that’s exactly what Morayo Aina did. While the rest of us lined up in rows blue jeans and white tops, Morayo would stand alone in black and white front line and center, she was a good dancer. But beyond that, Morayo was my friend (one of the squad members). She has really good black skin-the kind people refer to when they say black is beautiful, she had perfect white teeth and was just the right height. Morayo also seemed to know a lot about adult life (which at that time was what junior secondary school was all about), looking back I think her elder sister filled her in on all the details.

I like to think that Morayo and I shared a special friendship outside the squad thing. At the time I lived in one of those houses you passed on your way to everywhere, so practically everyone knew where you lived (so annoying). Morayo would stop by my house on the way to block rosary meetings and we would talk about the last episode of Passions and who we thought had a crush on who in school. One of my favorite memories of her was this thing we used to have in school. Once a year, a white Reverend father would come to school and we would  have a mass right there on the assembly ground under the hot sun but at the end there was always communion. Although the “white flat thing” like we always called it was no substitute for bread, we still always lined up to receive it (after hours under that sun, even chalk started to taste like bread). Morayo would argue that we had no right, we were not baptized and many other reasons (like I said earlier she knew a lot of grown up stuff). But this oyinbo man came only once a year and when has a little bread ever hurt anyone, so we took it anyways.

Like every other process in life, we all moved ahead to secondary school and off I went to boarding school. Towards the end of 1st term holiday, two of my primary school friends “stopped by” to say hi. They went to day schools so they kept up with what went on in the neighborhood. “We just came to tell you that Morayo’s family was involved in an accident and she died”. I can’t remember which one of my friends said it or how I felt afterwards. I look back on that day and wished I didn’t live in that house that just happened to be on the way to everywhere else, then maybe they wouldn’t have stopped by. At least then I could tell myself that Morayo moved to another country and she is married now that’s why I can’t find her on Facebook. I could also tell myself she still loves to dance and perhaps like me she is wondering how the dab became a viral dance move.
But Morayo did leave earth, some would say a little too early, some would say  she had not achieved anything. I would always remember my amazing friendship I had with Morayo in the short time it lasted, it measures up to and possibly surpasses some of my friendships that have lasted 10 years and longer. Only good friends would check up on you every single time they passed by, never taking offence that you didn’t return the favor, only good friends would warn you of how wrong it seemed to take communion without confessing your sins and not get mad when you took it anyway.

So to those who think Morayo didn’t achieve anything because she never got to pass JAMB or graduate from University, or get married and have kids, I say she was a great friend and an amazing human being. I would always remember her for bringing laughter my way, and I can’t think of a better way to be remembered or a better achievement.
Sorry it had to be a somewhat sad story.