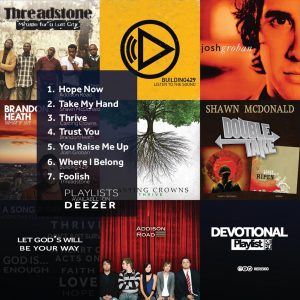 Make Music Lagos was essentially Lagos’ celebration of World Music Day, like Make Music New York. It happened on the 21st of June and will happen again next year (if you missed it), God willing. It was a very enjoyable event. Quick side note, this year the organizers were able to pull off 12 small concerts simultaneously at 12 different locations whilst also setting up for a grand finale, among other kinds of events. The smaller concerts had a plethora of varied acts, which my band was part of. It is this smaller events I am referring to.
It was an entirely enjoyable event, like I said, especially when you consider the scale and the fact that it was free.
As we prepared to take the stage, several other acts presided us, all of whom were Christian acts. I am for affirming your beliefs and using opportunities to evangelize, I mean my band name is RepJ360 (the ‘J’ standing for Jesus) so it is clear that I am unashamed of my faith and wear it boldly. So, imagine my shock, surprise and distress and when I found myself being ashamed and uneasy when the first act came out singing well known Christian songs sung during most Praise Worship sessions in churches. I began to ask myself, “abi, you’re a hypocrite ni, saying you’re unashamed and now that you’re in a public place and a brethren is flying the faith flag high you feel like digging ground”. Several questions continued to flood my mind and each one more distressing than the last as they continued to push me towards the realization of my hypocrisy. But I refused to accept that I truly was, so I began asking my friends around me, perhaps they could shed some light on it for me or if I was the only one feeling that way. It turned out that I wasn’t the only one that felt uneasy about the fact that act after act was doing different praise worship songs at an event that was tagged “non-religious”, but it seemed I was the only one that seemed distressed about my apparent hypocrisy. Some of my friends (who are devout Christians) were of the opinion that it was inappropriate because it would make people who are not of faith uncomfortable and uneasy. Which is weird because it seemed to be having that effect on the people of faith – something to think about. And several other people had several other opinions on the matter, all to show that praise worship music was not right at this particular event.
I was still very unsure about my position, all I knew was that I felt uneasy and I didn’t like that, so I continued to question myself as to why. My answer came in the person of a solo artiste who played the keyboard and sang. As he performed I was enamored by the joy that overshadowed the tiredness on his face (we would learn that he had come directly from his day job) and more profound was the lack of uneasiness I felt, as he was clearly singing about his love for God and other Christian themed lyrics and he was doing a wonderful job. I could feel the attention in the room being focused on him and his lyrics. I could feel the atmosphere shift to less chaotic and more harmonious, as if for the few minutes he sang, everybody agreed. And I got my answer, the uneasiness I felt was indeed shame, but not shame of Christ or my faith but shame for being associated with the acts that had come and done their church praise worship set lists without any real heartfelt content. I felt shame because the music that was being produced was the reason why Christian music was often thought of as being mediocre. Because what they had done was produce the same routine in the same repetitive manner that was characterized by a typical Sunday service where the leaders are led by compulsion to stand in front of the congregation, and not by genuine joy or a yearning. Indeed, this is the way I see things, music is a very powerful tool. Churches have grown to prominence because of the impact their choir had (and have) on the world. Music in the right hands can be an instrument to make people who have never met each other agree without saying a word to each other, or it could be used as an instrument to sow strife. I guess my point is to Christians or Christian musicians, you are creatives which by definition means routine is against your nature so be led and stay away from the box.
What are your thoughts or questions, drop them in the comments below. This is not an argument, it’s a conversation, act on love.
Tobi Johnson
All playlists are available on Deezer, just search “tobyvanjohnson” and you’ll find them under his playlists. Don’t forget to share with your friends and especially your enemies.
Follow us on Social Media for the daily update @RepJ360 (on everythiing).
Devotional, Playlist, RepJ360, World Music Day

Hello, I am Oreoluwa Abidoye and welcome to The Over Thinker. I am one of those people that thinks deeply about every and anything, some say I think too much, hence The Over Thinker; a space to share my overthought out thoughts and opinions.

Get fresh updates
about my life in your inbox
Subscribe